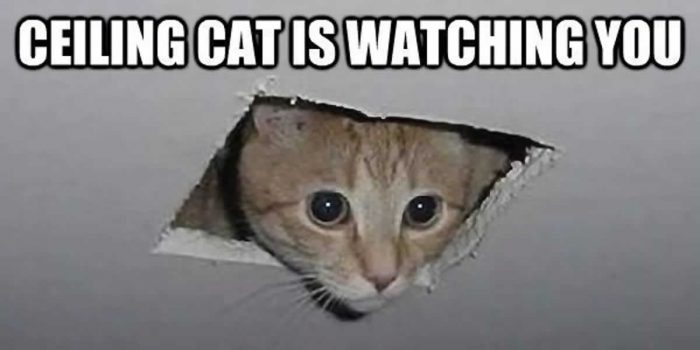 by Vittorio Compagno for the Carl Kruse Arts Blog

The digital era gave birth to unique trends tied to the advent of the Internet. The source of many of these trends is as old as the internet itself, which is to say online forums. From these fountains of discussion, as in the ancient Greek “agorà,” emerged all sorts of culture and knowledge. A new form of communication emerged, based on inside jokes, common experience, and led to an iteration of the finest forms of communications: art. Bear with me.

If trends like being “Rickrolled”, the infamous “Gangnam Style”, or the “Ice Bucket Challenge” seem to have nothing to do with it, I’ll explain why memes are art.

First a quick look at two takes on memes:

meme noun
\ ˈmēm \
: an idea, behavior, style, or usage that spreads from person to person within a culture.

Memes (discrete units of knowledge, gossip, jokes and so on) are to culture what genes are to life. Just as biological evolution is driven by the survival of the fittest genes in the gene pool, cultural evolution may be driven by the most successful memes.
—by Richard Dawkins , source Merriam-Webster.com

In 1976 the author of this last quote, Richard Dawkins, the father of the word “meme”, couldn’t predict the explosion of globally available digital social media through which this kind of “idea, behavior, style” could spread.

That memes were part of early internet culture was clear in 1994, when Mike Godwin, in his now famous Wired article “Meme, Counter-Meme” wrote:

A “meme,” of course, is an idea that functions in a mind the same way a gene or virus functions in the body. And an infectious idea (call it a “viral meme”) may leap from mind to mind, much as viruses leap from body to body […] When a meme catches on, it may crystallize whole schools of thought.

The evolution of memes

Internet memes have evolved since the text-based ones that Godwin was referring to, but the perception that a form of communication so powerful
could influence trends or ideas was already clear at that time.

The power of memes grew, from simple lines of code sent via the
56 Kb per second connections of 1994, to their current medium: images and short videos.

Images have strong evocative power. They can express a thousand words, because the unspoken often overtakes what can be said in conversation. The introduction of images represented a leap in meme development, as this new form of communication evolves rapidly. Dawkins would be proud.

Memes got better not just in visual quality but also in their communicative techniques, their appeal, and, their ability to describe cryptically a certain moment in time, or event. That is one of the most intriguing things about memes – if you don’t know the inside joke behin them, because you’re not in a specific group, someone has to explain them to you. But the moment that you understand what’s going on, why that meme was created, what made it funny, you suddenly become part of that circle. They are the externalization of what’s private and protected inside a group of people, that couldn’t be known explicitly perhaps until expressed by the creator, and that today, in this digital age, serve as a stand in of our ways of living and thinking. And isn’t much of art not that? Something we know to be true yet could not fully express ourselves to be revealed by the artist?

The reason memes have become more than text or images is they are now art.

Pop Art of our generation

Think about how, in the late ‘50s and ‘60s, the “Pop Art” movement wanted to set a new standard for itself, moving away from centuries of conventional art, trying to, as the name suggests, popularize art, and how the public perceived artworks. This emerging form of expression represented an evolutionary trend in art that goes generally towards the focus on an abstract interpretation of the artwork, and a tendency to bring into it what is common among the people like trends or celebrities or famous brands.

We’re living a new iteration of Pop Art, where, in line with the trend of previous years, what’s made by an artist is transcendent. This new course has been engendered by the Web, the main pilaster of a new vision of art that revolves around the dematerialization of the artwork.

Memes are a form of art because they are not presented or appreciated for their beauty, nor for the little details, but because they express something the public can relate to. In still images, just like in the ‘50s and ‘60s, you don’t get just funny quotes, or dorky images, but the sub product of society. The only difference between the two movements is that there won’t be another Andy Warhol, or a James Rosenquist, because new memes travel at the speed of the Internet, gigabits per seconds of quotes, images, references, jokes, that are created and forgotten, and just like the iterative and perpetual process of evolution, only a few are remembered, often created by people hidden behind a
Reddit username.

That’s right, they describe our generation, along with other forms of art, like music, or movies that have been dematerialized from their conventional shape, and have transformed from the vinyl, or the dvd you had to buy, to your monthly subscription to Spotify or Netflix. Memes have become so important to our common culture that an online “library” archives thousands of them, avoiding the inevitable loss that the speed at which they are made causes.
When a form of communication becomes popular, you suddenly start seeing ads popping in using that same medium. That is the case with popular art in recent decades.

Today, with the rise of social media promotions, the same companies who didn’t know what a meme was, started to commission thousands of them in an attempt to appeal to young people. Some of them were actually good, but not all.

It’s clear by now that memes are not just ordinary pictures you find on the internet, they are art. Like Leo Tolstoy said, art is:

To evoke in oneself a feeling one has once experienced, and having evoked it in
oneself, then by means of movements, lines, colors, sounds, or forms expressed in words, so to transmit that feeling that others may experience the same feeling – this is the activity of art.

================
Carl Kruse Art Blog Home Page: https://carlkruse.net
Contact: carl AT carlkruse DOT com
The blogs last post was Thinking About Realism
Vittorio also writes about internet culture and technology at carlkruse.at
As an aside, Carl Kruse is a member of the Richard Dawkins Foundation – find him here.

6 thoughts on “Are Memes Art?”