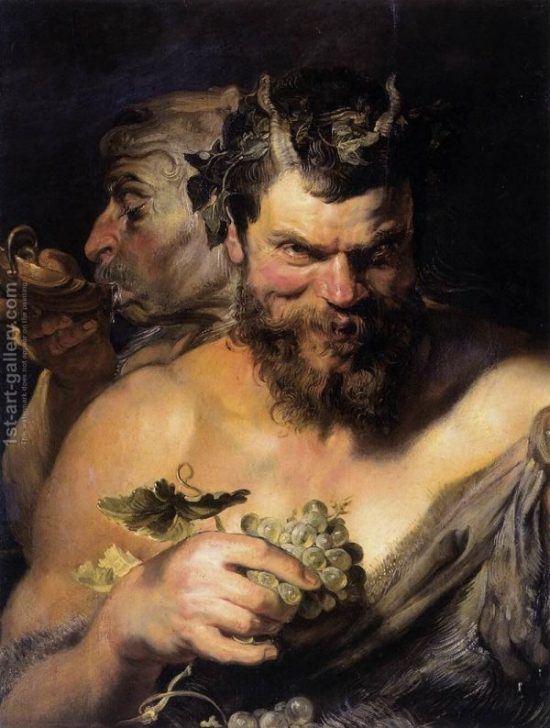 The passing-down of literature fascinates me. I find something utterly awe-inducing in the ability of human language to convey a narrative generation after generation, and for us to have the knowledge and ingenuity to understand the importance of preserving great stories and characters. I suppose the process must be akin, in some sense, to that of a distillation chamber, in that it consists of years of inter-generational storytelling that distill the story to its essence, to the very narrative blocks that birthed it to begin with. And, from then on, the story itself is open to interpretation, thus presenting us with endless possibilities of adaptation. Tales have been pummeled, pressed, and forced into eternally variable forms, starting from anonymous fables and ending in popular animated entertainment. But do we lose something when we carve away all the layers of a story, or a character, and place in it instead our own values, our own narrative, our own words? If we present a character or story to an audience as de facto, that is to say an original work, why need our audience doubt it? I wish to present here the origins and developments of one such character, the Satyr, so as to suggest the true importance of literary and cultural heritage in the modern day.

So…the Satyr. A half man, half beast creature that allegedly emerged in works of Classical Greek mythology, and was most prominently associated with the god of ecstasy and wine, Dionysus (or Bacchus/Liber Pater in Rome), son of Zeus and Semele (the only mortal to father a god, Semele was Zeus’ mistress but swiftly found her death through the wrath of Zeus’ wife, Hera). Dionysus’ artistic importance in Greek society stems from his purported powers – to produce or inspire ecstasy – and many theatrical performances were attributed to him in festivals bearing his name. His legacy was one of exaltation, pleasure, and sexuality, thus many of the ceremonies ascribed to him involved the phallus and the theme of fecundity in the form of spirits such as satyrs.

The Satyr differs from the Roman ‘Faunus’, Saturn’s grandson who was revered to bring abundance to the pastoral, in that the Satyr is endowed an (erect) phallus along with horse ears and tail, whereas Faunus is half man half goat. However, in the Hellenistic era Satyrs were also presented as being part goat and man, so this distinction can sometimes be arbitrary. Perhaps a more prominent distinction can be observed in ancient Greek artwork, where Satyrs were often painted alongside women (mortals) and nymphs, whom they would attempt to woo. In Classical Athenian theater, the triad of plays performed for the Dionysia would consist of two tragedies proceeded by a bawdy tragicomedy known as the ‘Satyr play’, in which satyrs would take on the role of the chorus. Not many complete plays of this ilk remain from the period, but Euripides’ ‘Cyclops’ is one such play that we have in its entirety. As is characteristic of ‘Satyrs’, Euripides’ play is founded on debauchery and immorality, the main themes of it being gluttony and excessive ingestion (testimony to Dionysus’ title of the ‘god of wine’). The Cyclops’ belly itself is described as the ‘greatest of all divinities’, and Silenus (Dionysus’ satyresque companion) along with his chorus of satyrs are eager for Odysseus to give them his wine in exchange for the Cyclops’ food. It is a wondrous satire of one of the scenes from Homer’s epic The Odyssey. [Carl Kruse: As an aside, Prof. Emily Wilson has released a new, modernized translation of The Odyssey, which I highly recommend).

Interestingly, the lewd and sexual nature of the Satyr and the figure of Silenus have been lost to time if we look to references of them in 20th and 21st Century literature and media. Mr Tumnus, the faun-like character in C S Lewis’ ‘The Lion, The Witch and The Wardrobe’ (1950) is exceedingly tender and tame, despite his appearance being a sort of faun-satyr hybrid (he has a long, horse-like tail but also horns and goatish legs). The ‘Nymph and Satyr’ (1908) painting by Fauvist artist Henri Matisse is distinctly unsexual, aside from the nymph lying in front of him (which I suppose could be interpreted any such way), and with the satyr looking distinctively man-like.

The Nymph and the Satyr, 1908, Henri Matisse

The satyr Grover Underwood in Rick Riordan’s popular children’s series of ‘Percy Jackson’ novels is also decidedly domestic, acting simply as a loyal friend to protagonist Percy, despite the fact that the series itself is supposedly based on Greek mythology.

Why is this important? Why is it significant that a character that continues to be portrayed in popular culture has lost its defining traits to time? Surely poetic license allows for us to make these changes? Well, yes. I agree. But I also think that this example is perfect in showing us how easily our literary and cultural heritage can fade away. In a few simple sentences, Rick Riordan has replaced the legacy of the satyr with something completely different, and I think it’s a shame to forget where these stories and characters came from in the first place. We are all influenced by what we read, listen to, and watch. As we increasingly rely on fast-paced pleasures such as social media and video games, our interest in the past wanes. Everything is moving faster, everywhere there are new possibilities, all around new futures tempt fewer people to go to university. We don’t need to spend three years learning about one field anymore in the hope of pursuing a career that brings enough money in. We can do short entrepreneur courses or make money through social media outlets. Increasing your intelligence through persistent long-term study is no longer as desirable – it has become a waste of time. You can get all the answers you could ever want through the internet.

I think there’s an alarmingly steep uphill trend of shortening attention spans aligned with the increasing normality of seeing six-year-olds with smartphones, and I find that disarming. Classics and robust tomes of literature were most definitely not shoved down my throat while I was growing up, but the names of such authors as Austen, Lawrence, and Homer were certainly not unknown to me. I loved to sit down and read thick, musty novels through day and night, often becoming so invested in the storyline of a certain protagonist that it would take an almighty level of strength to pull myself away from a book so as to have an agreeable amount of sleep. I used to get reading lights in my stockings at Christmas which only exacerbated my unhealthy night-time habits.

Through our increasing reliance on the internet to solve every question or dilemma, I do believe we have become, or are becoming, quite base thinkers. We are more inclined to rely on the satisfaction derived from a ‘like’ or ‘share’ on a social media post, our primary mode of communication, than to seek it from reading or researching the shelves in a library. Popular classic novels have been turned into graphic novels so they’re easier to ingest, and there is an ever-growing market for pseudo-babble texts that tell you how to improve your life with various methods of spirituality and finance-management. These books employ lists and short phrases to cater to our inability to concentrate on a single idea for longer than a page. Complexity seems unappealing, and ease and speed of ingestion of information is what we now seem to seek.

Reading a long book takes discipline, and time, something many of us don’t have a lot of anymore. But it also takes passion, and with a world endlessly bombarding us with all of the exciting and different things we could be doing with our time we often feel inclined to leave the quiet, secular activity of reading to one side. Even just a hundred years ago, primary and secondary schools often still taught Latin, and reading the ‘canonical’ works was non-negotiable. Though in saying that, there is much to be said about the validity of ‘canonical’ works, and I value the attempts by many university institutions to vary this ‘canon’ to include non-native English writers and literature from marginalized authors.

Why not delve deeper, why not exchange a moment of time you would normally spend binge-watching a television series on something that takes more work, more imagination? Why not pick up a fat book, one that makes you feel when you open it to the first page that it is so impossibly long that you could never possibly finish it? Why not read the books that have influenced timeless authors through the centuries, and see if they inspire you just as much? Why not invest time learning about the history of all of the art and literature around you, all that made us what we are today?

==============
The blog homepage is at https://carlkruse.net.
Contact: carl At carlkruse DOT com.
Other articles by Hazel Anna Rogers include When Did We Stop Criticizing Art and Paper Books, E-Book Dreams.
The blog’s last post was on Brunelleschi’s Dome.
Carl Kruse is also on the Goodreads book site.