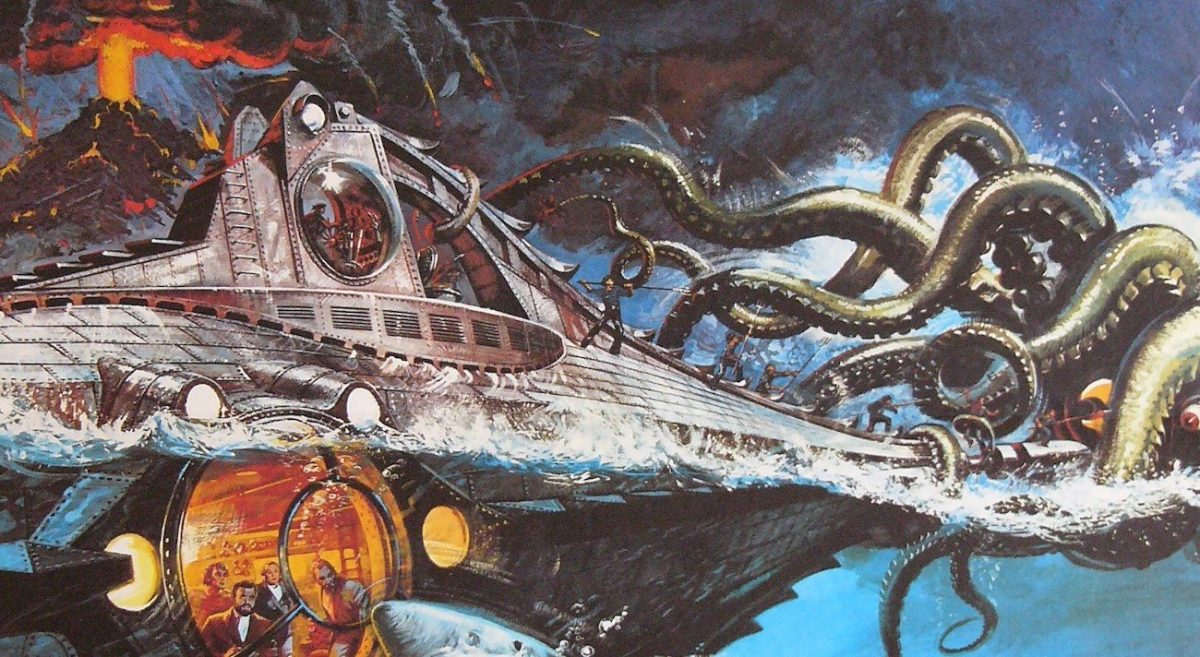 Science fiction has striven off its striking position in the world of letters. In the past century, it has evolved tremendously, unexpectedly, and not without its controversies. This transformative potential of SF signals something of its quality; this fiction of the speculative in which speculation can become troubled; a method of projection where the project can become equivocal. After the phases of SF seen in the last century, it has become increasingly difficult to define. There was a time when Heinlein could state: ‘a handy short definition of almost all science fiction might be read: realistic speculation about possible future events, based solidly on adequate knowledge of the real world, past and present, and on a thorough understanding of the nature and significance of the scientific method’. A prosaic line that many SF writers after Heinlein disagreed with, and taking Heinlein’s definition in mind, the points of contention, of diversion, are already there: ‘realistic’, ‘adequate knowledge’, ‘real world’, ‘past and present’, are all terms that SF writers interrogate in significantly perceptive ways. SF is, and continues to be, an open form with a remarkable receptivity for the limits of thought.

SF has been able to divide itself into sub-genres with relative ease, and the cause and impetus behind definition seems no more than a method for categorization, a method of hemming, outlining the richness of its themes, all radiating from the central SF point: Steampunk, Biopunk, Post-apocalyptic, Dying Earth, Space Opera etc.  There have been significant and obvious transitions in the last century alone: Pulp SF to the Golden Age, from there to New Wave. With the inventive foundations of H.G. Wells and Jules Verne, ‘scientification’ in a narrativized romance could be more than just entertainment. The composition of artistic vision and scientific fact was felt to be, in the words of Hugo Gernsback, publisher of the first US SF magazine, “instructive […] They supple knowledge…in a very palatable form…New adventures pictured for us in the science fiction of today are not at all impossible of realization tomorrow”. And, possibly not what Gernsback had in mind, a story by J.G. Ballard still has this message, even if the story’s outcome is a damning one.

It is the SF form, then, that supplies this distinct experience: an instructive sense of wonder. It is remarkable that it should so considering the essential mechanism of alienation which SF often employs. A SF novel can confirm a reality far distant from our own, but still display the essential experience of humanity – if it didn’t, if some mirror did not reflect our self, our society, our grasp of knowledge, then it would make for trying reading. It may be, arguably, able to reach a sense of clarity on being so far removed from daily experience. As with all literature, it has that unique quality of depicting, simulating, ideas, only SF has the extended metaphor of scientific speculation as an aid. For example, looking at the heads of the ‘Golden Age’, Heinlein, Asimov and Arthur C. Clarke, there are particular themes that emerge from each: Libertarianism, the wonder of science, and a return of spiritualism which had been neglected during the Gernsback years. SF proved equal to take the burden of these ideas comfortably.

The question emerges: why write in the SF form if you are interested, for example, as Heinlein was, in libertarianism? Of course, Heinlein was free to choose, and being a scientist himself, it makes sense, but not focusing on Heinlein explicitly makes it an ambiguous question to answer. Literary fiction, from the early twentieth century, and still into the period in which Heinlein began writing, had been under the tension of Modernism, and the form of the novel had been shown to be amenable to experimentation. We can think of Joyce’s Ulysses or Proust’s In Search of Lost Time. The Modernist fascination with the experience of Being, and the ambiguity of life, is, in some ways diametrically opposite to the sharp-cut mission of science. It is precisely because form and content could be fashioned with clarity, and with something analogous to the ‘scientific method’ that one would pen a SF novel. SF, at least during the Golden Age, could distill ideas into a manageable form, could extrapolate principles from what they knew then, and use the novel as an informed exploration. It was operating on a larger scale than the minute subtleties sought by other fictions.

It is not only this clarity of style and content that the earlier SF writers employed; they were also alerting readers to another facet of experience: our relationship with technology. Much of SF points to the fact that, not only is our relationship to experience mediated by technology, but a large part of how we gain access, understanding, and control of ourselves and our environment, is through technology. It is the stuff that coheres our societies, and enables our scientific ambitions to understand the universe. The SF interest in an object, a ‘gizmo’, especially during the Golden Age and before, can be measured by its utility for humanity, and by this the reader can infer a certain outlook on how the world is perceived, felt to function. The New Wave transition in SF, around the 60s, found that there was another facet to explore in our relationship to technology, one not so optimistic.

New Wave Writers were looking back on the Modernist tradition and wondering how to bring experimentation into the form and content of SF. It was felt as a less gripping, more pretentious, age of SF, but it did give space for a certain sensitivity to break through into the SF channel; themes and explorations awaking to a more anxious note would be found in a writer like Philip K. Dick; the subtle complexities of social classes were explored in writers like Samuel Delaney and Ursula Le Guin; each, in their turn, awake to the fundamental ambiguity of humanity’s position in the universe. After the dust of experimentation settled, even a Golden Age writer like Isaac Asimov made use of this shift in sensitivity, finding space to write about a menage-a-trois and homo-eroticism where before sexuality featured little in his novels. There is no doubt that New Wave help introduce what used to be called the ‘soft sciences’ into SF: psychology, sociology, political science and history. It is not that the foundations of SF were forgotten, but that they were complicated; no longer did the scientific method seem useful. Understanding that technology is an extension of human consciousness, and that the schools of psychology and sociology had expanded rigorously, rendered new cause to engage with this relationship between the self and technology.

Where this technology came from, how it was and could be used, became of interest. The fuel of the 60’s ‘consciousness expanding’ culture definitely played a part in SF’s response to its legacy. It gave them the critical ability to look back and re-work older themes, contemplate with the time past how SF could be a pertinent form of writing for the world that had seen a man on the moon, and was growing increasingly bureaucratic and technologically driven. By pushing the boundaries of what could be considered SF in a similar way that Modernism pushed the boundaries of what could be considered literary fiction, New Wave also opened a space for concern; concerns about human delusions, stupidity, and the myth of human superiority. This pessimism was a first step into a more rounded SF, once the furore of New Wave died down.

But much more was happening here, and looking closely, the significant shift, or tension, of New Wave appears to be only a way-station on the journey of speculation, of sense-making, and the sense of wonder over the latter. What part of SF one prefers shouldn’t cloud the judgment on its movement – whether how much something ‘progresses’, or merely changes, means it has evolved for the better is difficult to discern; any controversy is only highlighting the tension in the shift. SF was, and continues to be, an open endeavour of thought. What can be discerned in SF, especially in the SF of the last century, is a stable form of conception that has some baring, some pertinence, to our cultural milieu. It is tempting to read its pattern throughout the last century as a kind of undercurrent to history – one that is aware of the subtle shifts in consciousness, shifts in attitudes towards human limitations. The sense of wonder that lingers throughout, perhaps dipping now and then, but remaining a stalwart agent of its prose, is more than wonder for wonder’s sake – a strange wonder that can be both exciting and terrifying, ambiguous and painfully clear; a multi-form conduit for the myriad conceptions SF attempts to reveal.

The Carl Kruse Arts Blog homepage.
Contact: carl AT carlkruse DOT com
Other articles by Fraser Hibbitt include the Art of Insane51, Vangelis, and the Art of Atari|
An author beloved by the blog, who also ventured into the fantastical, was Borges.

One thought on “Thoughts on Science Fiction”